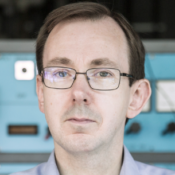 Damian Flynn is an Associate Professor in the School of Electrical and Electronic Engineering at University College Dublin, Ireland. He obtained MEng and PhD degrees in Electrical and Electronic Engineering from The Queen’s University of Belfast, N. Ireland, before being appointed as a lecturer at the same university. He later joined University College Dublin. Dr Flynn’s research interests involve grid integration of renewables, power system operation and stability analysis, energy systems integration and power generation control.

UCD is one of Europe’s leading research-intensive universities, and is currently ranked within the top 1% of higher education institutions world-wide. UCD is Ireland’s University of first choice, leading in first-preference applications in Ireland year after year, and is globally recognised for its excellence in teaching and learning – 14 subjects are ranked in the top 100 in the world. In addition, since 2009/10, UCD researchers have secured over €1 billion in research grants from national and international funding agencies, companies and foundations.