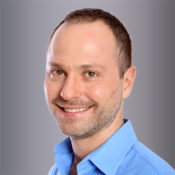 With over 25 years of technology experience, he spent seven years a team leader and later a development group leader at Comverse.

Mr Safovich later went on to co-found three startups including Zoomd, an innovative MarTech company which went public in 2017, and SphereUp which was acquired in 2015.

Mr Safovich is a guest speaker in conferences and innovation hubs, where he promotes technology innovation as a driver to foster business growth.