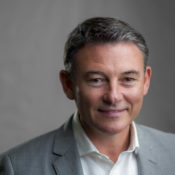 Maurice oversees the Equinix business in Ireland, leading on local strategy and expansion. Maurice also sits on the Equinix executive management team for EMEA. Within that group, Maurice leads on Equinix’s sustainability program for the region, working with the global team to define and progress initiatives around environment, social and governance leadership.

Maurice came to Equinix from Telecity Group where he was Country Manager for Ireland, and later, VP of Emerging Markets. Prior to his role within Telecity, Maurice was the CEO of Irish data centre operator, Data Electronics, for over 10 years. As CEO, Maurice set the vision and strategy for the company, driving consistent business growth during his leadership tenure.

With over 20 years’ experience in the data centre sector, Maurice has been a key figure in the rise of the data centre industry in Ireland, and is highly regarded as a thought leader on Ireland’s potential to be a global digital hub.

Maurice is a graduate of Business Studies from the College of Commerce, a former board member of the Irish Internet Association, and former chairman of the Outsourced Services Group within IBEC. Maurice holds the 2012 ICT Excellence ‘Person of the Year’ honour, awarded based on his invaluable contribution to the ICT sector in Ireland. Maurice serves as an Executive Council Member for Host in Ireland.