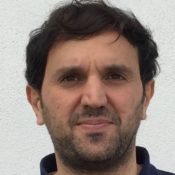 Professor Bashroush provides strategic advisory to public and private sector IT Infrastructure transformation projects covering: consolidation, cloud adoption, resiliency and sustainability. He was named in the UK Universities top 100 Best Breakthrough list for his work on energy conservation in ICT and was the recipient of the Industry Initiative of the Year DCD Global Awards 2018.

He serves on the IT infrastructure standardisation committees for CEN/CENELEC/ETSI as well as ISO/IEC and his work has influenced several international policies and legislation (e.g. GPP, EMAS, EcoDesign, …). Professor Bashroush has published over 100 scientific papers.