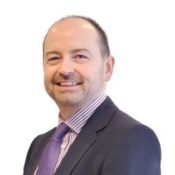 Steve Bowes-Phipps has over 25 years of operational systems management experience. From managing Financial Services Data Centres and IT operations in the UK and Ireland, he joined ambitious web hosting company GlobalCenter who were expanding from the US into Europe. Sitting on the senior management team, he oversaw the building of five Internet Data Centres in London, Amsterdam, Frankfurt, Munich and Paris until Exodus Internet bought the company in 2001. There, moved into a more strategic role, dealing with blue chip customer issues and relationship management, process improvement and building a culture of continuous improvement.

Spent four years in Visa Europe managing strategically important projects and processes. In 2007, joined his Alma Mater, Hertfordshire University, to become their Head of Data Centres and worked with the UK’s Higher and Further Education IT funding arm, Joint Information Systems Committee (JISC), to assist in embedding Green IT in UK HE and FE institutions, and throughout the EU. In 2010, the University of Hertfordshire became the first European university to comply with the EU Code of Conduct for Data Centres and has won in categories at the European Datacentre Leaders Awards 2010, the Uptime Institute Green Enterprise IT (GEITTM) 2011 and the EAUC Green Gown Awards 2011.

Steve joined PTS Consulting as their Senior Consultant on Data Centres in January 2015 and has presented at many conferences at home and abroad on reducing DC investment risk, Best Practices in Green IT and exemplar case studies.  He represents PTS on the Board of Advisors of the Data Centre Alliance and is also involved in various industry bodies forming new international standards and metrics for IT and Data Centre efficiency.